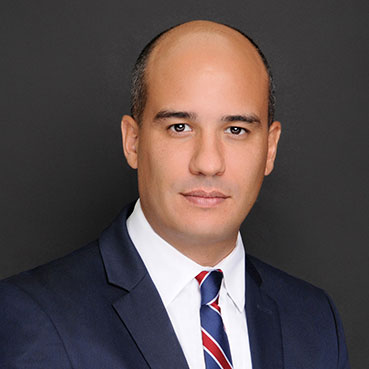 Rodrigo Da Silva is an intellectually fearless attorney with a versatile and resourceful legal background. Prior to launching his own law firm in 2014, Mr. Da Silva worked for international law firms for several years in New York and Florida.

Mr. Da Silva approaches his practice with personal ties with Latin America. Born and raised in Uruguay, he is a native Spanish speaker and has spent considerable time in the region. Mr. Da Silva also works extensively on matters originating in Brazil and is fluent in Portuguese.

We are here to help you. Get in touch with us now about your legal needs.